born on 1 May 1899 in Safenwil, Aargau, Switzerland
died on 4 February 1962 in Basel, Switzerland

The music-related documents from the autograph collection of the Basel economist Arthur Wilhelm (1899-1962) have been placed on deposit in the custody of the Paul Sacher Foundation, thereby making another significant Basel collection available for scholarly research.

The Arthur Wilhelm Collection comprises more than 250 music manuscripts, letters from musicians, handwritten texts and dedications from the 18th to 20th century, including a great many autographs of supreme antiquarian value. 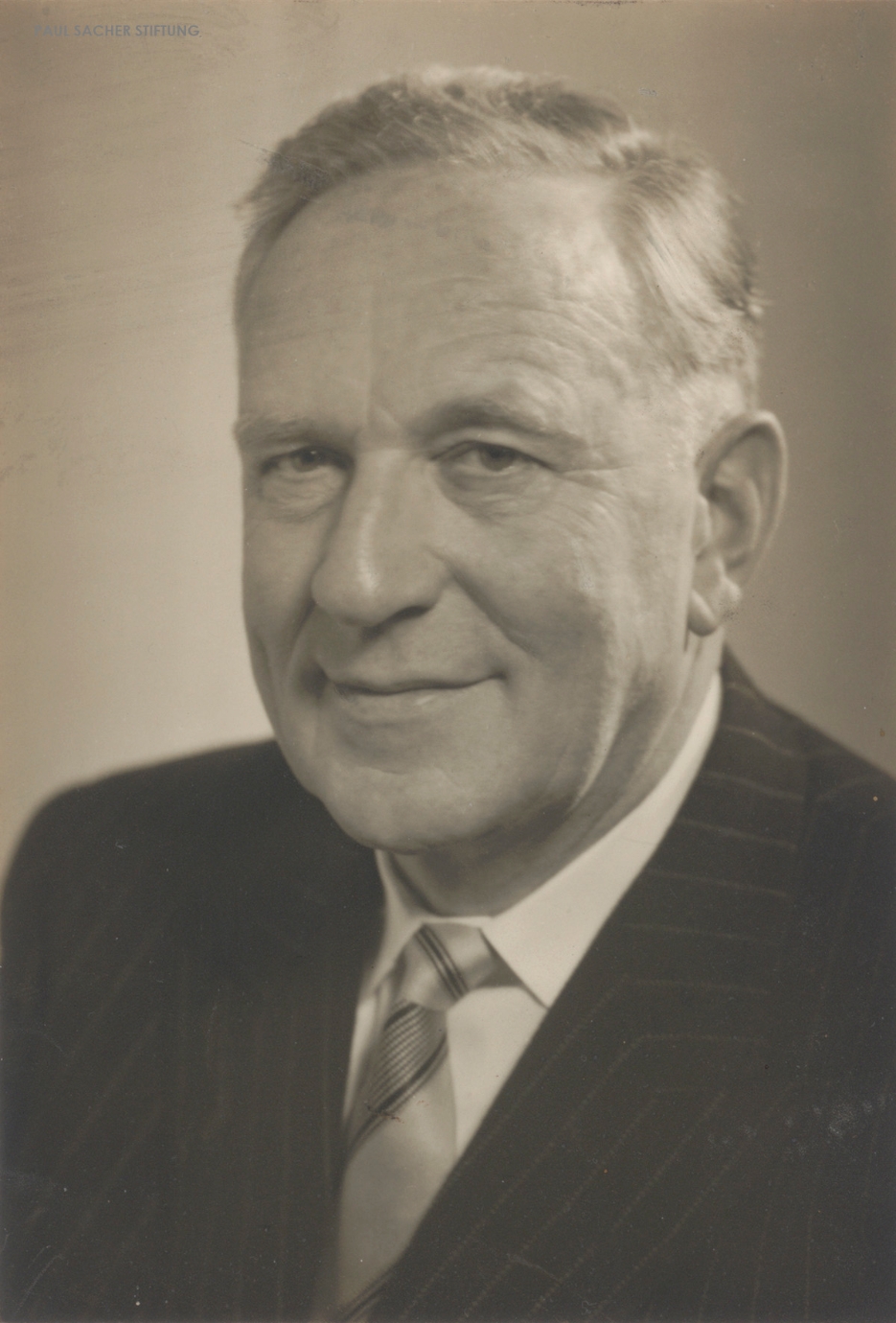 Born in Safenwil, near Zofingen, Arthur Wilhelm took his doctorate in Heidelberg in 1923. He was an amateur in the best sense of the word: alongside a career in the chemical industry, where he rose from an Italian correspondent in the dyes department of CIBA to become vice-president of the company, he maintained a passion for culture and intellectual history. By collecting manuscripts from various fields, especially music, he came into direct contact with artistic genius wholly in the spirit of Stefan Zweig

An oral anecdote bears this out: One day Wilhelm was offered a miscellany of unpublished songs by a famous composer. He asked for time to think it over and took the manuscript home. There his wife sang the songs to him, accompanied by a pianist, while he followed the music in the original with his children. Only then did he decide to purchase the miscellany and to make arrangements for its publication. (See Tilman Seebass, Musikhandschriften in Basel aus verschiedenen Sammlungen: Ausstellung Kunstmuseum Basel vom 31. Mai bis zum 13. Juli 1975, Basel: Basler Berichthaus, 1975, p. 23.)

Wilhelm's collecting activities already began in the mid-1930s and came to an abrupt end with his unexpected death. Yet the significance of his collection was already recognised during his lifetime. In an annual report from Basel University Library, the head of the music department (probably Hans Zehntner, who at that time was also head of the Swiss Economic Archive) is said to have prepared "a display of valuable music manuscripts from Alessandro Scarlatti to Benjamin Britten" from Wilhelm's autograph collection (Bericht über die Vewaltung der Öffentlichen Bibliothek der Universität Basel im Jahre 1958, Basel, 1959, p. 19). This private exhibition was held in the rooms of CIBA during the annual meeting of the Swiss Musicological Society in autumn 1958. (CIBA, the acronym of Chemische Industrie Basel, was founded in 1884 and bore the name Ciba-Geigy from 1970 to 1992. In 1996 it merged with Sandoz Laboratories to become Novartis.) Later, in an exhibition in the Basel Kunstmuseum (1975), some two dozen selected autographs from Wilhelm's collection were displayed in public and documented, along with manuscripts from other private collections (Seebass, op. cit.).

An overview of the Arthur Wilhelm Collection in its entirety presents scholars with a good many discoveries and provides answers to many unanswered questions regarding documents whose whereabouts were long unknown. For example, the many significant manuscripts ranging from Johann Sebastian Bach, Joseph Haydn, Wolfgang Amadeus Mozart, Ludwig van Beethoven, Franz Schubert, Gioacchino Rossini, Franz Liszt, Johannes Brahms and Hugo Wolf to Arnold Schoenberg, Igor Stravinsky, Anton Webern, Paul Hindemith and William Walton included several surprising documents, four of which were briefly introduced when the collection entered the Foundation's holdings in 2016 (Mitteilungen der Paul Sacher Stiftung no. 30, April 2017; for PDF see below).

Internal catalogues can be consulted at the PSS