Paul Sacher (1906–1999) devoted himself to the music of his century in many different ways: as a performer, as a patron of new compositions, and as a member and sponsor of many committees and institutions. As early as 1926 he assembled his first orchestra, the Basel Chamber Orchestra (Basler Kammerorchester, BKO), which remained in existence until 1987. This was followed in 1941 by the foundation of the Collegium Musicum Zurich (CMZ), which remained active until 1992. At first the programs of the BKO in particular were dominated by the contrast between early and modern music – a contrast considered novel in the early twentieth century. In later decades the repertoire expanded to include avant-garde currents from the latter half of the century.

One of Sacher's foremost concerns from the very outset was to commission new works for his orchestras. Besides composers from his private circle, such as Conrad Beck, Willy Burkhard, and Frank Martin, he soon established contact with such international figures as Béla Bartók, Igor Stravinsky, and Paul Hindemith. Later composers in his circle included Luciano Berio, Elliott Carter, Cristóbal Halffter, Hans Werner Henze, Heinz Holliger, and Wolfgang Rihm, to name only a few.

Occasionally the manuscripts of the works Sacher commissioned were given to him as a present. These manuscripts formed the cornerstone of what would later become the Paul Sacher Collection. In many cases his professional contacts turned into friendships, establishing the necessary basis of trust that encouraged the composers or their heirs to place entire collections of autograph documents at the Foundation's disposal. The initial impetus came in 1983, when Sacher acquired the Stravinsky estate on behalf of the Foundation. This purchase was followed a short while later by the Anton Webern and Bruno Maderna collections. The road was thus paved that would transform the Foundation into an international research archive. 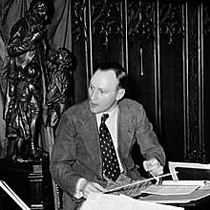 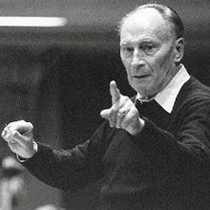 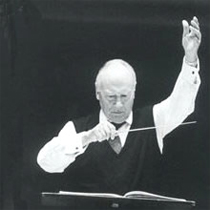 A small documentary reader in German and English, entitled Paul Sacher in memoriam, was issued in 2000 as a supplement to the Foundation's bulletin (Mitteilungen der Paul Sacher Stiftung, no. 13; German/English brochure; out of print).